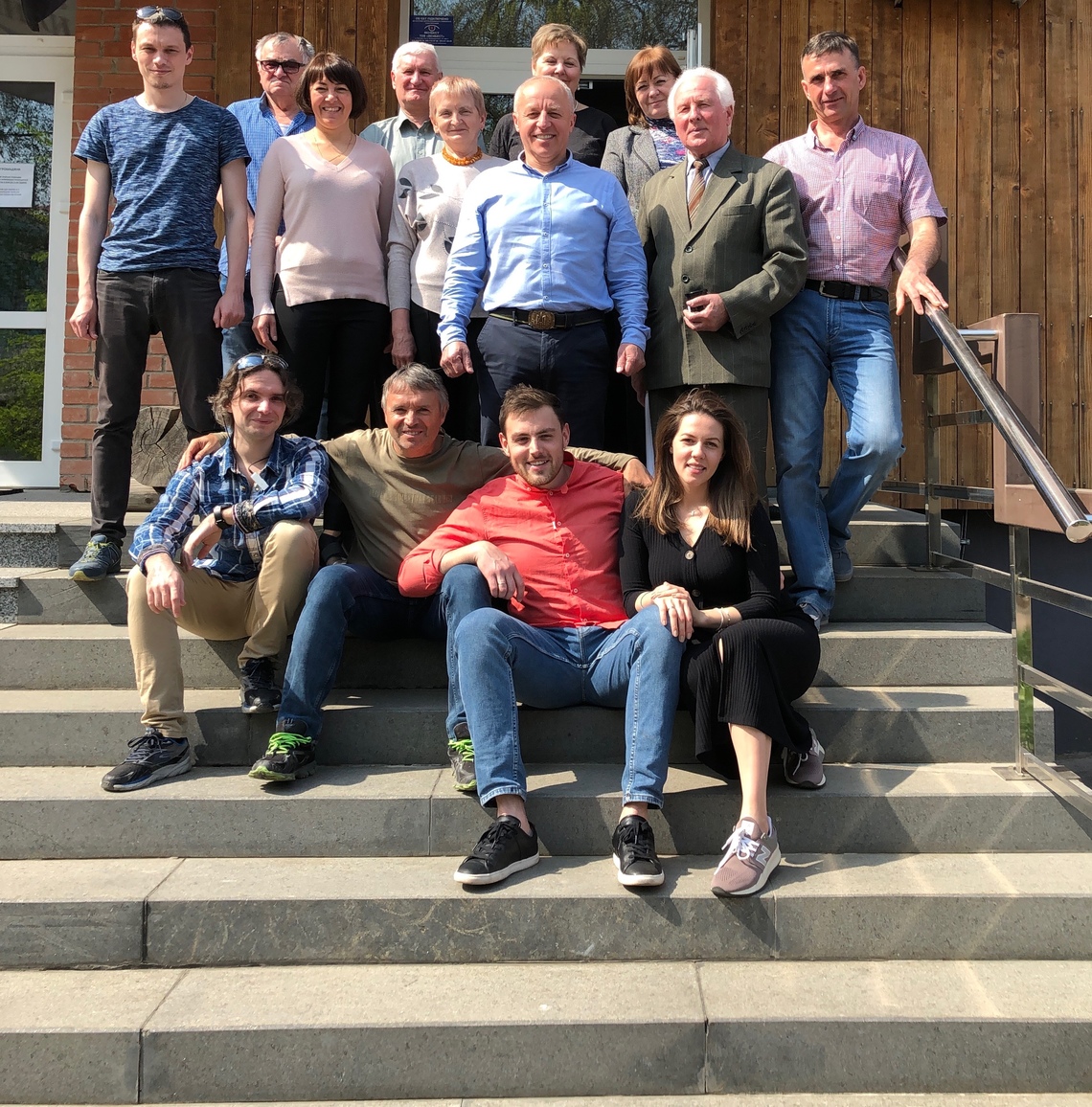 - Dear Sir Anton, when was the company “Poltava-SKI” created? How had been its formation happening?

- Official creation took place in April 2004, but long-lasting preparation stage, which began in 1990, was before it. Than the topic of ski business in Ukraine was not developed. Practically there was no legislative base, investors were absent. Population did not see the need in the development of ski industry. First cable ways were built in Ukraine in 1960 but they were under subordination of sport departments. Their usage by the broad circle of people was not meant neither technically, nor legislatively.
In the end of 1990 we began on own account organize the international conferences, where the specialists in the field of building and service of the ski objects from the whole world were invited. Owners, directors of ski complexes, staff – all these people could get the answers on the important for them questions. In 2006 we began to specialists, who passed teaching courses, to give out the certificates, which confirmed their level of preparation. That time the experts of “Poltava-SKI” had already been working on the 45 ski complexes in Ukraine, some works had been conducting abroad.

- What the most ambitious projects were realized? What is the geographical sphere of your activity?

- Each project is ambitious und completely individual. Our work consists of the preproject and project stages, building works and putting into operation. Preproject stage is realized in Borzhava, projecting was made on ski complex “Bukovel”. Our specialists built the cable ways in Tbilisi (Georgia), on ski complex “Shimbulak” not far from Almaty (Kasachstan), on the highest Ukrainian ski resort “Drahobrat”. Assembly of the cable ways constructions was realized in Quebele (Azerbajzhan). We are ready to build ready-made ski industry all over the world. “Poltava-Ski” already works with the customers in the Eastern Europe, in the Near East, prepares the projects in Russia, in the North of Africa.

- Majority – specialists with 10-20 years of experience. We conduct the primary studies and re-qualification under survey of experienced European specialists. Out trainings on the different objects could be organized. Partnership with the leaders of the world market in ski industry demands not only abidance of the customer’s wishes and technical conditions, but also high level of service and professionalism of the stuff.

- Your company is situated in Ukraine, main office is in Poltava and service center – in Rahiv, Transkarpathian’s. Why were these regions chosen?

- Ukraine – place of civilizations intersection. Now is Ukraine so called bridge, across which the movement of the European norms of ski deal into the countries, which created after dissolution of the Soviet Union is possible. Our work consists not only in the projecting, building and operation of the European equipment. We help European to adapt to the reality conditions in the after Soviet countries. The towns, where our offices are situated were chosen not accidentally. Rahiv is situated some hours away from every point of Ukrainian Cerpathians, it means in the region of concentration nearly 80 % of ski lifts. Poltava is situated in the center of Ukraine, intersection of the main ways. From hear we can also react on-the-fly on any signal of our customers in central, eastern or southern part of our country.

- What is the distinct feature of your company?

- Activity of “Poltava-SKI” is absolutely transparent. We have no contractors, and only external specialists, whose services we use – specialists of the European firms-suppliers of the equipment. If “Poltava-SKI” prepares specialist, company is responsible for his knowledge not only before customer and effective legislation of the country, but also before European partners, whose name it represents. We are the first in Ukraine, who realizes ready-made ski business projects. Sometimes activity leaves behind legislative base from our specialty. The last demands its broadening. Between whiles we need to take state function upon us and initiate appearance of the documents, which allow to conduct our work according the law.

- We want “Poltava-SKI” stuff completely to satisfy customer’s needs. We try to be experts of high level in order to prove our advantage in the deal. “Poltava-SKI” together with its customers strives for creation of the qualitative ski business, which brings income to the owner, satisfaction and rest – to the visitors. Customer and we – always one team, unitary organism, who creates qualitative product of the world class.